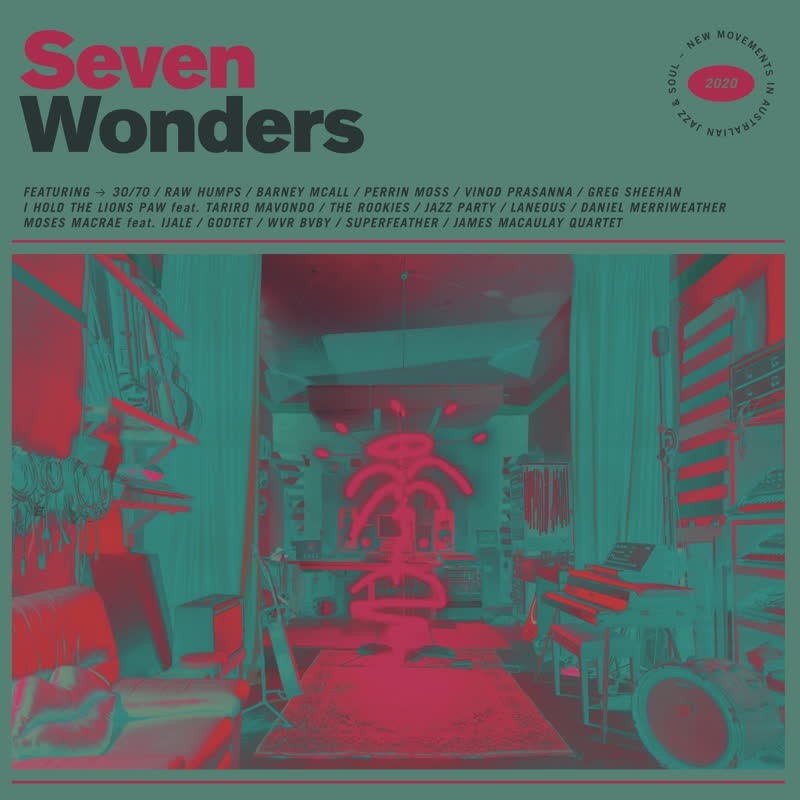 From their place at the bottom of the world, outside of the traditional jazz and soul centres, Australia's groove-led musicians have struggled for recognition on the world stage. But all of that is changing as increasingly the country's vital community of close-knit, broadly adventurous players command the attention of international audiences.

Bouncing off the selections of independent radio DJs and esoteric record store collections, these musicians jump across African diaspora music traditions – from funk to house music, hip-hop to Ethio-jazz – before pollinating those rhythms with a uniquely Australian flavour.

This magpie-like curiosity forges new sounds and forms – all of which can be found on Seven Wonders, a new compilation by Plug Seven Records and Wondercore Island.

Seven Wonders is testament to Wondercore's relentless support of Australia's forward-thinking beat makers and neo-soul bands; and to Plug Seven's commitment to the magic of analogue music, as seen at its Melbourne record store and nearby studio.

It's in this laneway studio filled with recording equipment dating back to the 1940s where the bulk of Seven Wonders was recorded to tape by Plug Seven founder Ari Roze. Recorded largely over two weeks, the majority of the tracks on Seven Wonders were captured in one take, bottling the raw energy and virtuosity of Melbourne's most accomplished, established and emerging players. There's an antipodean take on P-Funk from Laneous, characteristically enigmatic vocals from soul singer Allysha Joy and a free-flowing instrumental from Sampa the Great collaborator Dave Godriguez, aka GODTET. Several tracks include production and background instrumentation from Hiatus Kaiyote's rhythm section Perrin Moss and Paul Bender.

"The record captures the spontaneity of live performance in Melbourne. You go out and see one-off collaborations between artists, so much cool stuff goes on, I knew we could recreate that energy in the studio," says Roze.

"Melbourne has different levels and types of musicians from all genres, there are a lot of music venues, and public radio stations like RRR and PBS, have programming which is free form and collector led, meaning you have a wide range of very niche music being aired", continues Roze. "Local people grow up listening to choice selections from incredible record collectors, and it shows in their response to the music."

The compilation's second single 'Sweet Water' by celebrated jazz pianist and composer Barney McAll shifts gears and time signatures. Its soothing opening gives way to Cuban batá drums, McCall's Rhodes excursions and a hook provided by a bulbul tarang – a string instrument from India and Pakistan derived from the Japanese taishōgoto harp. It moves through chaos and confusion to find triumph and finally, peace. Also a double A-side single, McAll's track comes backed with 'Drifting' by the groundbreaking 30/70 Collective. The track has buzzing flashes of synthesiser and a taught but intoxicating atmosphere that speaks to the excitement of impending change.

Elsewhere, James Macaulay Quartet – made up of four trombonists – slinks through traditional jazz harmonics; GODTET creates a guazy time-machine of ambient, sample-based jazz that innovates while paying respect to tradition; Jazz Party's track 'Waiting' moves away from the band's characteristic New Orleans-indebted sound to deliver a rousing slice of pure '70s rhythm and blues; Raw Humps lays on heavy funk and psychedelia; and 'Improvisation #2' by Vinod Prasanna, Greg Sheehan, and Perrin Moss is a percussive excerpt from a four-hour, post-meditation, improvisation session.

"Two artists on the record may be at the opposite ends of the jazz or soul spectrum, but the artists are part of this creative patchwork," says Wondercore Island founder Si Jay Gould. "We tried to show how these pieces come together."

From traditional jazz and soul, to esoteric experimentation, the breadth of styles showcased on Seven Wonders is testament to Australia's deep understanding of jazz, soul and groove-led music's roots. It's a snapshot of a moment in time in which Australia's players are moving from the confines of house parties and local clubs to claim their spot on the world stage. And they're doing it thorough a deep, transcendent connection with audiences.

"Under the larger umbrella of soul music and improvisation there's a searching for a greater feeling, a spiritual connection," says Gould. "Music tries to fill that gap in human experience. The genres we're trying to distil on Seven Wonders belong to spiritual musical traditions and there's really strong fragments in each sub-genre on the record." 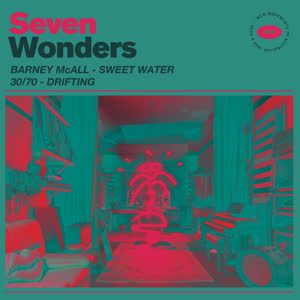 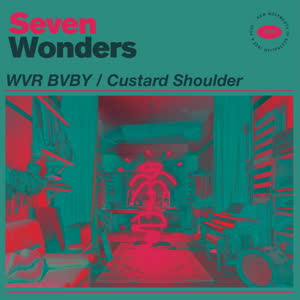 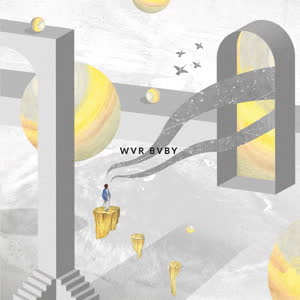